Regional sampling identified the presence of several new outcrops of stratabound copper-silver mineralization, expanding the Herradura zone to over 5.7-km along strike and over 5.1-km down dip. The zone remains open along both strike and dip as the new horizons are interpreted as strike and dip continuations of Herradura.

Max believes CESAR is very similar to the Kupferschiefer. Those deposits are Europe’s largest copper source, which produced 3MT grading 1.49% copper and 48.6 g/t silver in 2018 from a mineralized zone of 0.5 to 5.5-metre thickness. Kupferschiefer deposits, also yielded 40Mozs of silver in 2019, almost twice the production of the world’s second largest silver mine (World Silver Survey 2020 and Kupferschiefer Deposits & Prospects in SW Poland, September 27, 2019). Max cautions investors that the presence of copper-silver mineralization at Kupferschiefer is not necessarily indicative of similar mineralization at CESAR.

“Regional exploration has not only expanded the Herradura zone from 16 to 29 sq.km, but the zone still remains open along strike and down dip, demonstrating the significance and regional nature of the CESAR basin,” said Max CEO, Brett Matich.

“As part of the structural modelling program, we plan to study historical core from oil & gas drill holes that intersect the Jurassic stratigraphy,” he continued.

“CESAR gives Max significant leverage to copper demand as prices have recently increased to $7,560 from February’s $4,774 per ton. A recent research report from Jefferies Research LLC concluded: ‘the copper market is heading into a multi-year period of deficits and high demand from deployment of renewable energy and electric vehicles. Secular demand driver in copper is electric passenger vehicles as the average EV is about 4x as copper intensive as the average ICE automobile. Renewable power systems are at least 5x more copper-intensive than conventional power’,” he concluded. 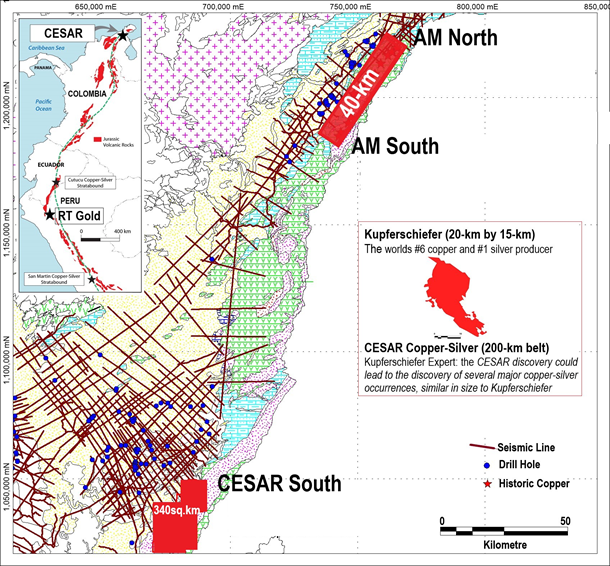 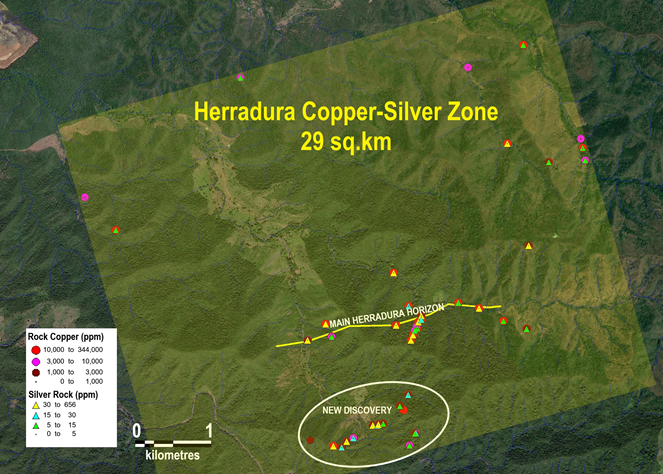 The copper-silver mineralization at the Herradura zone is of stratabound, Kupferschiefer type. Mineralization is hosted in fine-grained sediments: sandstone and siltstone, mainly represented by chalcocite and copper oxides (malachite and azurite). Based on field observations and mineralogical studies, the surface copper oxides phase out at shallow depth to copper sulphide, mainly chalcocite. 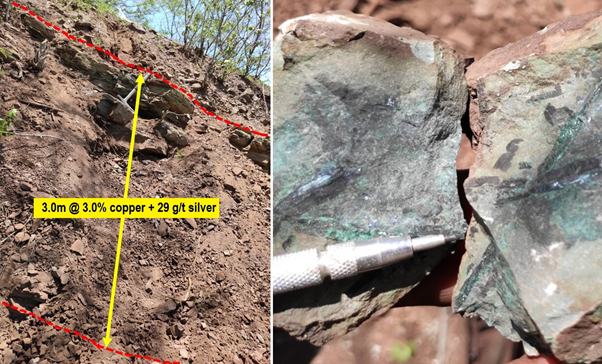 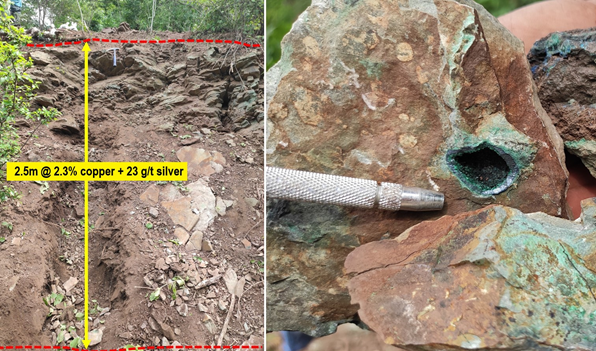 Sample weights varied between 1.54 to 3.58kg, averaging 2.7kg. All samples were shipped to the ALS Lab sample preparation facility in Medellin, Colombia. Sample pulps are sent to Vancouver, Canada for analysis. All samples are analyzed using ALS procedure ME-MS41, a four-acid digestion with ICP finish. Over limit copper and silver are determined by ALS procedure OG-62, a four-acid digestion with an AAS finish. ALS Labs is independent from Max. Max is not aware of any other factors that could materially affect the accuracy or reliability of the data referred to herein.

Max has entered into three non-exclusive confidentiality agreements regarding the CESAR project with: one of the world’s leading copper producers; a global mining company and a mid-tier copper explorer.

Exploration activities on multiple fronts include:

Max has the exclusive rights to acquire 100% of the RT Gold project, located within the Cajamarca Metallogenic belt, 760-km NW of Lima, Peru. 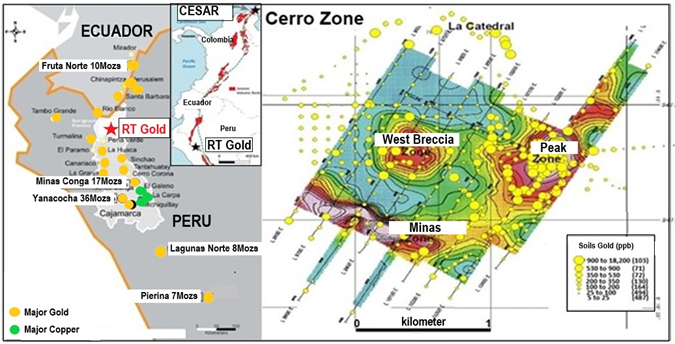 Tablon, is located 3-km NW from the Cerro Zone and hosts numerous gold-bearing sulphide bodies over 150 by 450-metres, within a larger 1.5 by 1.0-km zone. Highlights from 33 drill holes in 2001 include:

With its successful exploration and management team, Max Resource Corp. is advancing both its stratabound Kupferschiefer type CESAR copper-silver project in Colombia and the newly acquired RT Gold project in Peru. Both projects have potential for the discovery of large-scale copper and precious metals deposits.