The CESAR mineralized zones appear to resemble a large sub-horizontal sheet, with the edges partly exposed.  Max is using rock chip sampling on the extensive surface exposure to identify structures, confirm strike continuity and establish thickness, prior to drilling.  The Company considers rock chip panel sampling to be representative across their reported widths. CESAR consists of two distinct areas:

“We were pleasantly surprised that the AM North discovery was made in just a one-day field reconnaissance. Given the early stage success at both, AM North and AM South, we are confident in further exploration successes in 2020,” Max CEO, Brett Matich, commented. “While the spectacular results reported today are noteworthy, we are working on the premise of an average target grade of plus 1.5% copper with associated silver. Our exploration success continues to support our belief that CESAR is a large-scale copper + silver mineralized system. Our field teams continue to expand the known mineralization,” Mr. Matich continued. 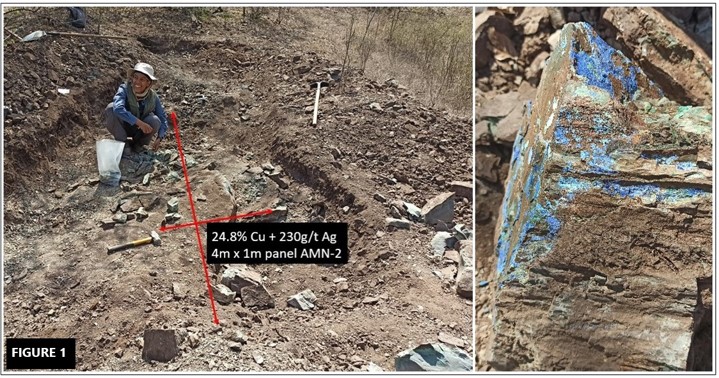 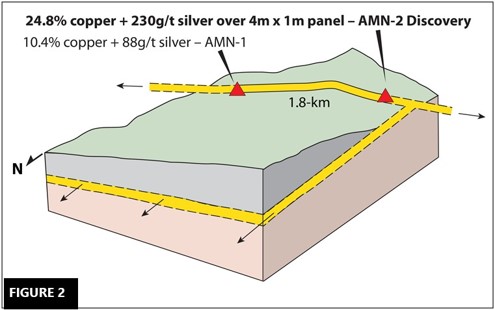 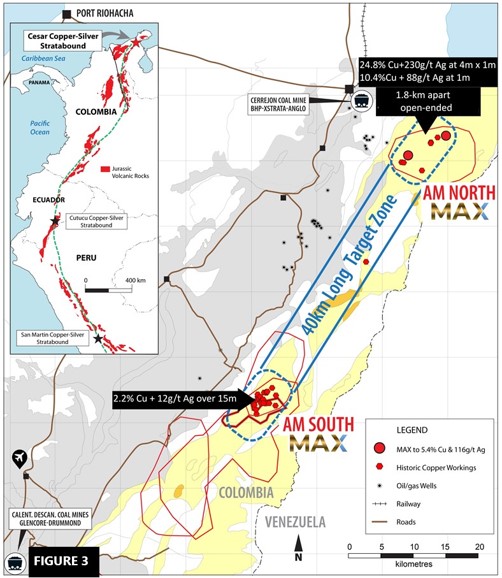 The wholly-owned CESAR Project is located in north east Colombia within Jurassic sediments and volcaniclastics that extend the length of northern South America and also host significant stratabound copper + silver mineralization found both in Ecuador and Peru.

CESAR lies along a historic 120-km copper-belt within a sedimentary basin, the district has extensive infrastructure, major oil-gas and coal operations, ports, townships, railways and roadways.

Considering the first pass exploration at CESAR commenced only in mid-November 2019, the Company has enjoyed considerable success. Max’s exploration strategy is to unlock the potential of the CESAR district as an up and coming world class copper and silver producing region.

Max recently established “PGE Americas Metals Corp.” as a wholly-owned subsidiary, to hold its PGE Choco Project. This is the first step towards building a portfolio of PGE assets with a focus on palladium, platinum and rhodium. The intent is to unlock this value in a timely manner (refer to news release February 25, 2020).

The PGE Choco project is located 120-km SW of Medellin Colombia, within a district with historical platinum production of one million ounces (1906-1990) by Choco Pacific Mining. Compilation of historical records revealed the potential for related PGE’s particularly palladium and rhodium. In addition, recent field work in 2019 by Max resulted in concentrate values of 114 g/t platinum (refer  to news release April 16, 2019).

Colombia was the world’s main source of platinum until 1820 and was world’s largest producer between 1917 and 1923.  Source: R.J. Fletcher and Associates (2011) Review of Gold and Platinum Exploration and Production in Choco Province Colombia Part 3. Private Report for Condo to Platinum NL.

The rock chip samples were shipped to ALS Lab's sample preparation facility in Medellin, Columbia. Sample pulps are sent to Lima, Peru for analysis. All samples were analyzed using ALS procedure ME-MS41, a four-acid digestion with ICP finish. Over limit copper and silver were determined by ALS procedure OG-62, a four-acid digestion with an AAS finish. ALS Labs is independent from Max. Max is not aware of any other factors that could materially affect the accuracy or reliability of the data referred to herein.

Max, a mineral exploration company with an experienced and successful management team, is focused on advancing its copper, silver and precious metals landholdings in the rich mineral belts of Colombia, with potential for the discovery of large-scale mineral deposits that can attract major partners.