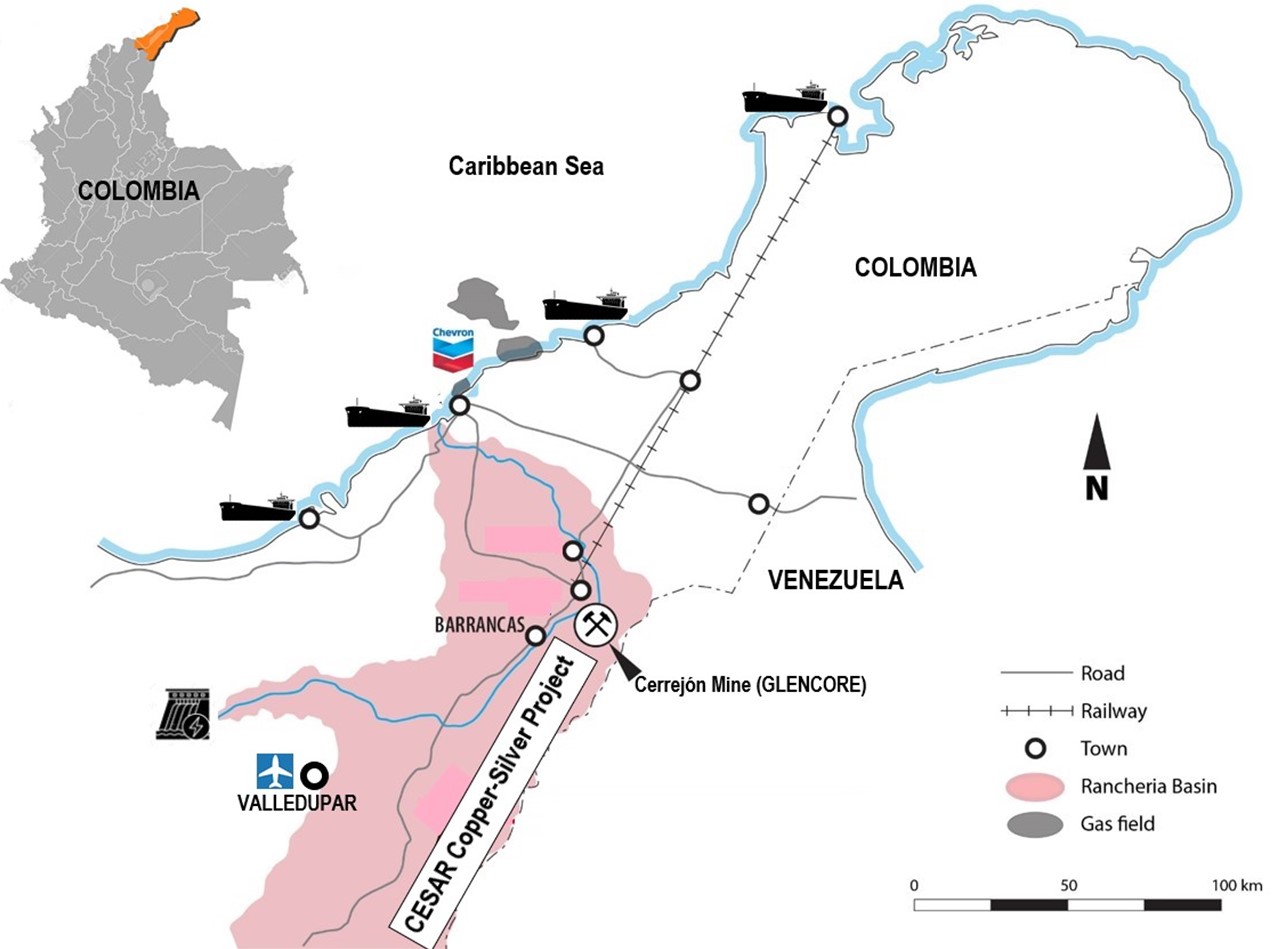 CESAR lies along the copper-silver rich 200-kilometre-long Cesar Basin in northeastern Colombia. This region provides access to major infrastructure resulting from oil & gas and mining operations, including Cerrejón, the largest coal mine in South America, held by global miner Glencore. Max’s mining concessions cover an area in excess of 180-km².

Max is focusing on three major copper-silver zones individually located along the CESAR 90-kilometre-long belt, with the objective of expanding the zones and defining drill targets:

Max interprets the sediment-hosted stratiform copper-silver mineralization in the southern end (URU and Conejo zones) of its Cesar project to be analogous to the Central African Copper Belt (CACB) and the northern end (AM zone) to be analogous Kupferschiefer deposits in Poland.  Almost 50% of the copper known to exist in sediment-hosted deposits is contained in the CACB, including Ivanhoe Mines Ltd (TSX: IVN) 95-billion-pound Kamoa-Kakula discovery in the Congo.

Kupferschiefer, the world’s largest silver producer and Europe’s largest copper source, is a mining orebody ranging from 0.5 to 5.5m thick at depths of 500m, grading 1.49% copper and 48.6 g/t silver. The silver yield is almost twice the production of the world’s second largest silver mine.

Source: Central African Belt Descriptive models, grade-tonnage relations, and databases for the assessment of sediment-hosted copper deposits with emphasis on deposits in the Central Africa Copperbelt, Democratic Republic of the Congo and Zambia by USGS 2010. Kamoa-Kakula by OreWin March 2020. World Silver Survey 2020 and Kupferschiefer Deposits & Prospects in SW Poland, September 27, 2019. Max cautions investors that the presence of copper mineralization of the Central African Copper Belt and the Polish Kupferschiefer are not necessarily indicative of similar mineralization at CESAR.

Located along the southern portion of the Company’s Cesar 90-kilometre-long target zone in northeastern Colombia. Geologically, Max interprets the Uru sediment-hosted copper-silver mineralization analogous to the Central African Copper Belt (CACB). Almost 50% of the copper known to exist in sediment-hosted deposits is contained within the CACB, including Ivanhoe Mines Ltd (TSX: IVN) 95-billion-pound Kamoa-Kakula discovery in the Demon Republic of Congo.

URU lies along a major structural corridor that connects the upper sediment-dominated part of the Cesar basin to the lower volcano-sedimentary portions.  These mineralized structures consist of faults and breccias that lie just below the sedimentary basin within a metavolcanic unit, that have been identified over 20-kilometres in length, widths of 20 metres, the vertical relief ranges from 1,200m down to 410m. 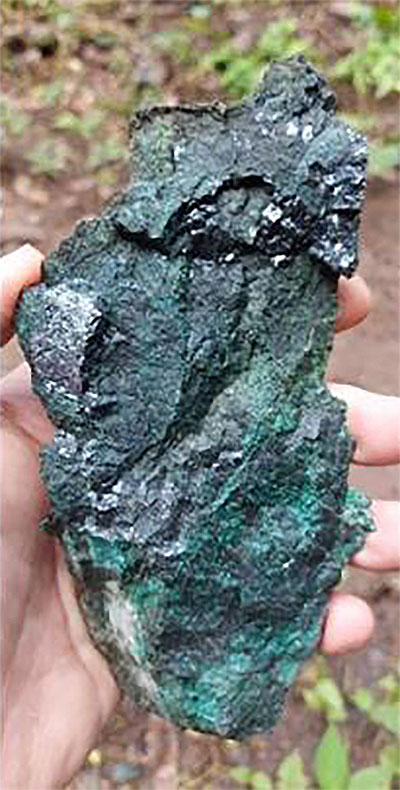 Copper mineralization continues to be predominantly primary chalcocite (80% copper by weight) with localized weathering to malachite and associated with silver credits similar to the mineralization characterized in the upper sedimentary horizons seen elsewhere in the Cesar basin. 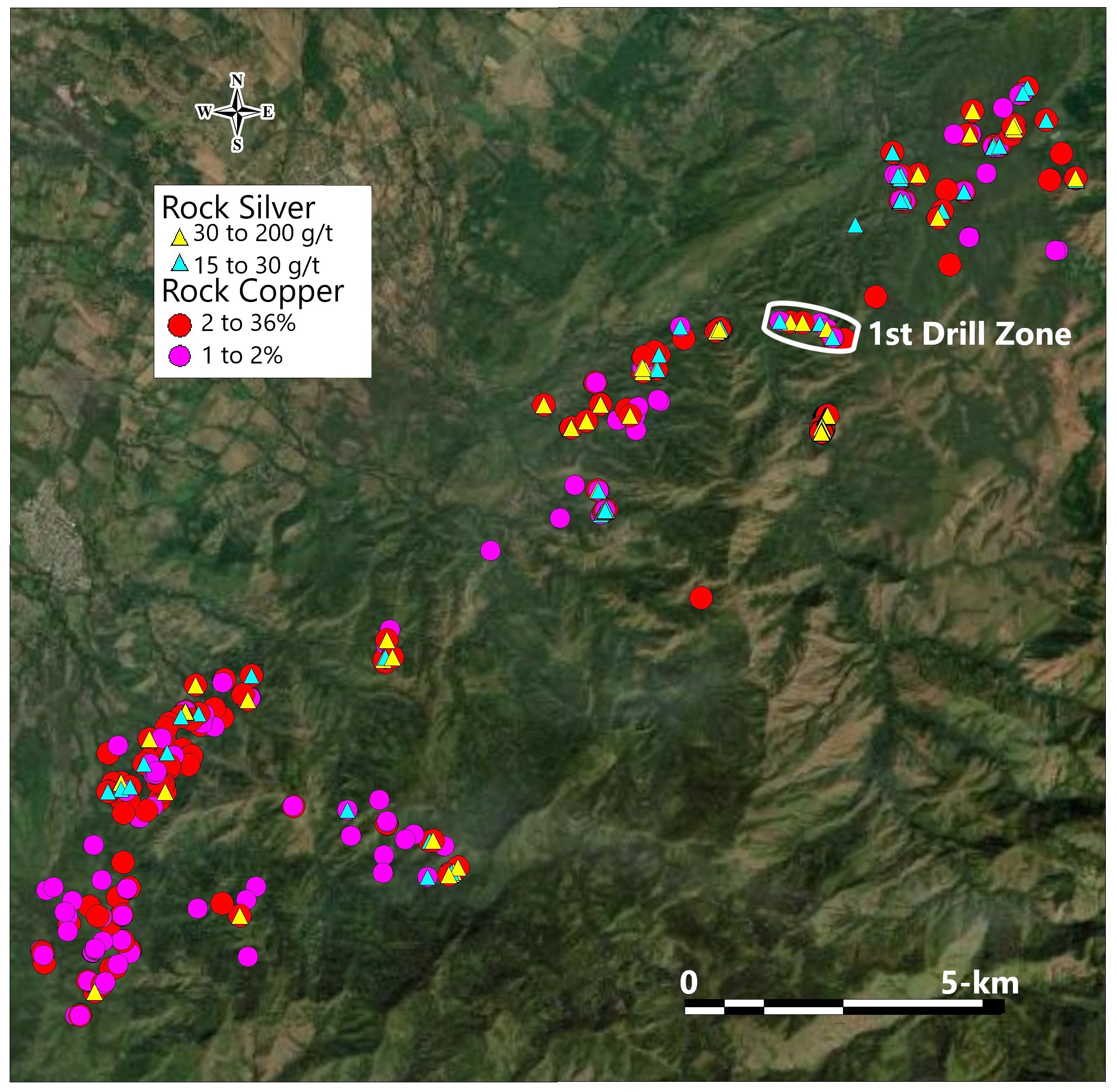 The URU Discovery now extends NNE over 290m and 750m East, with a combined vertical elevation of 322m.

Refer to Figure and Drone Video below: 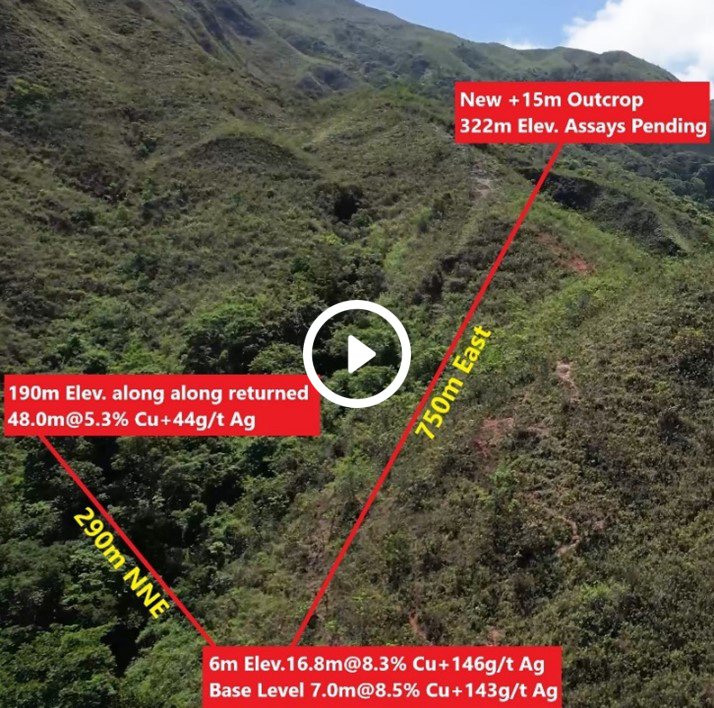 Max has commenced a ground Induced Polarization and magnetic survey over the URU Discovery zone. This survey will form part of drill planning and targeting of high-grade copper-silver mineralization (refer to Figure below).

“The objective of the field work and the geophysical survey is to expand the URU Discovery footprint and prepare for drilling, which will be conducted by Kluane Drilling of Colombia, as we have now finalized the contract,” commented Max CEO, Brett Matich. 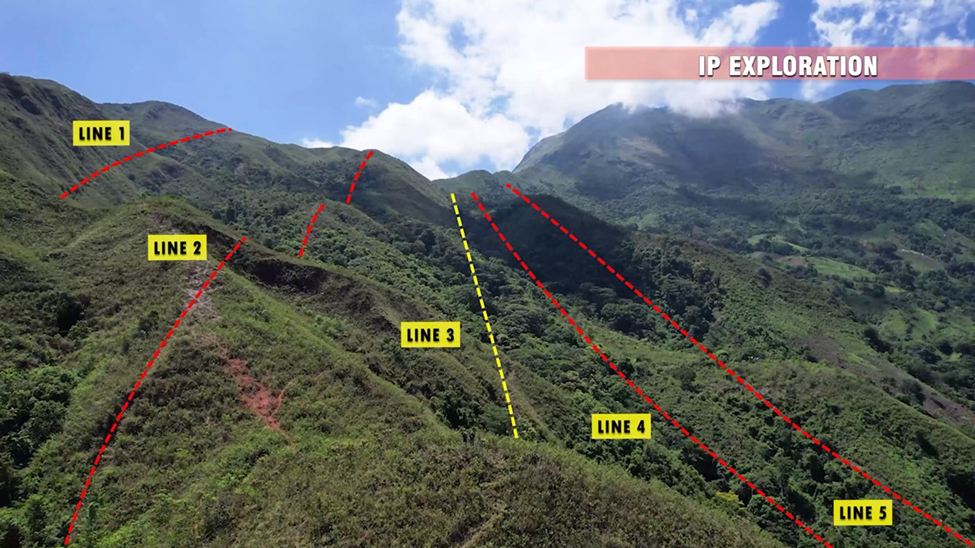 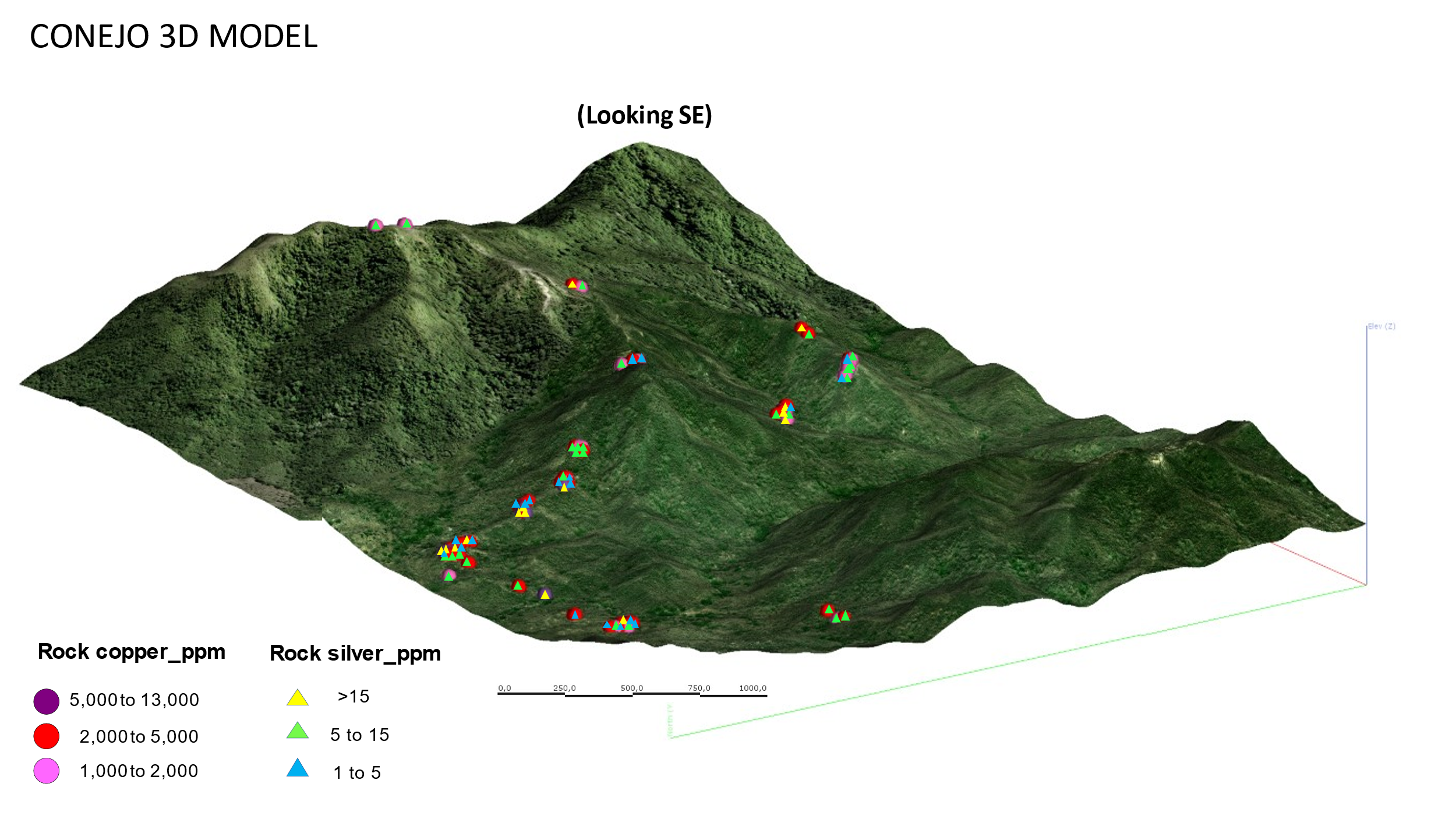 Refer to Figure and Drone Video below: 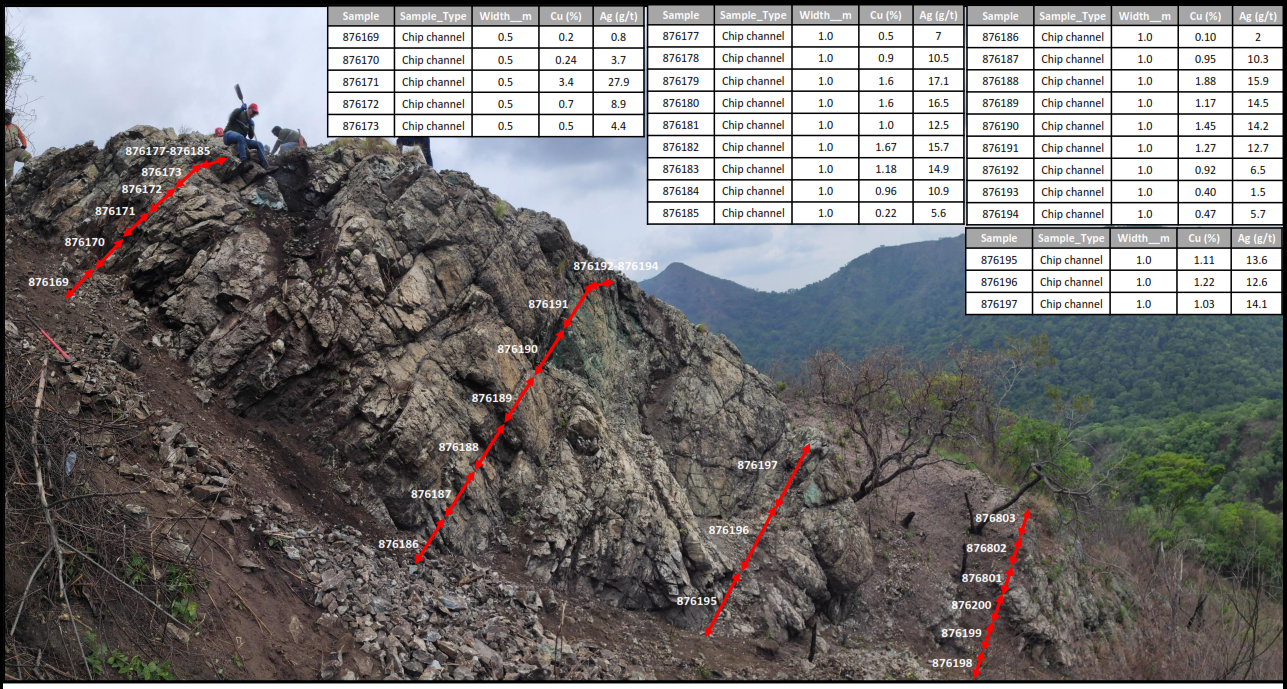 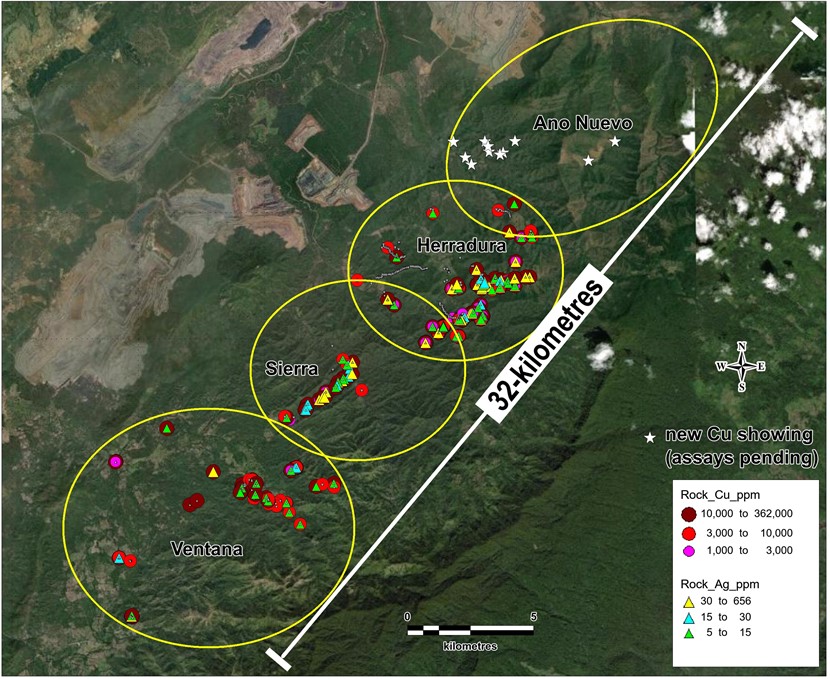